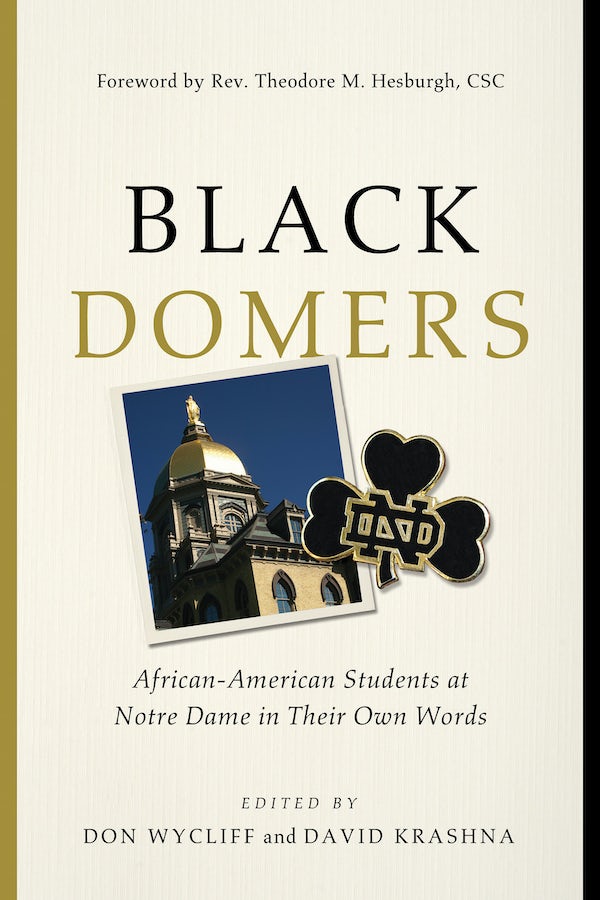 In Black Domers, editors Don Wycliff and David Krashna bring together the stories of 75 black Notre Dame alumni. The contributors—including the first black student to graduate Notre Dame, the first African American ambassador to Jamaica, technical illustrators, teachers, stand-up comedians, doctors, and judges—reflect on why they chose Notre Dame, what they learned there, and their struggles to become fully accepted members of the student body.

While the book shares the students’ triumphs and joys, it is also open about the struggles of being black at Notre Dame, especially in the early days after the university began accepting black students in 1947. Notre Dame wasn’t always an easy place to be black, and many of the writers recall memories of racial and cultural isolation.

One of Black Domers’ biggest lessons is that the university’s ongoing fight for racial equality stems out of their commitment to Catholic social teaching and the dignity of every person. It’s a lesson valuable not just for Notre Dame graduates or historians but to all Catholics.

1. Pick one essay that spoke to you most clearly. What about this essay did you especially connect with?

3. What role did faith play in these essays? Did you feel that the writers’ stories were influenced by the fact that the university is a specifically Catholic institution?

4. The essays in this book are authored by a wide range of students, which includes athletes, student leaders, and academics, among others. What differences did you notice between the experiences of these students?

5. In his foreword, Father Ted Hesburgh writes, “At Notre Dame, we seek to embody the Christian principle that we are all sisters and brothers to one another, with God as our loving father.” Where did you feel that spirit in these essays?

6. How did these essays affect your understanding of how faith operates in the lives of others or in your own life? Did you learn anything new about your own faith and the importance of its mission?

7. What lessons can you identify from these stories? Did they strengthen your belief in the importance of diversity, community, or acceptance? In what ways?